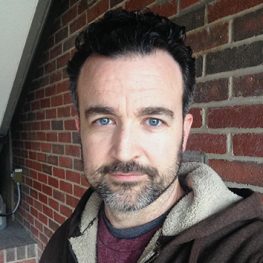 Brandon Hudson is a native-Texas artist who turns photographs into a hybrid genre using a wide range of mixed media and post-processes. He has consistently exhibited his artworks nationally and has work in numerous private collections. He earned his BFA from Texas Christian University in 2004 and MFA from Savannah College of Art and Design in 2006. He spent five years as the Art Studio Technician at California State University – Los Angeles before returning to Texas in his current role at TAMUC.

Recent group exhibitions include Abstract Mind at the CICA Museum in South Korea, Memory and Perception at MarinMOCA, Photography VI at The Foundry Art Centre, The ShowRoom in Santa Monica, Analog v. Digital at the Foley Gallery in New York. He also had a solo exhibition entitled Liquid Crystal Displace in the City of Fontana Steelworkers Auditorium in California.