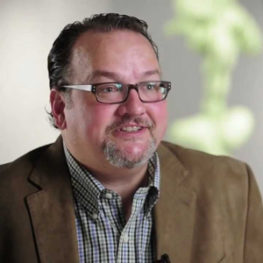 Joseph Daun was born on September 11, 1967 in Miami, FL. In his early years, Daun won numerous photography awards and scholarships. Daun graduated from Florida State University in 1990 with a Bachelor’s of Fine Arts with an emphasis in Photography. In 1994, Daun earned his Master’s of Fine Arts from the University of Texas San Antonio with an emphasis in both Photography and Sculpture.

Daun became the co-chair of the Freshman Foundation Program at The New York State College of Ceramics at Alfred University in Alfred, NY. Following this appointment, Daun became an assistant professor at Georgetown College in Georgetown, KY. During his time there, he was appointed Chair of the Art Department and helped to greatly expand the visibility of the program through his activities as gallery director and played a pivotal role in the acquisition of the Jacobs’ Collection: A collection of contemporary art and ancient sculpture. In 2003, Daun was selected as Chair of the Art Department at the University of Central Oklahoma. In 2005, Daun earned a tenure appointment at UCO.

During his academic career, Daun has shown in numerous art galleries and spaces across the United States including a prestigious artist’s residency at ArtPace in San Antonio, One person Exhibit at Hallwalls Contemporary Art Center in Buffalo, NY, A large installation at Fotouhi-Cramer Gallery in New York, NY, a one-person exhibit at 621 Gallery in Tallahassee, FL, large installation at Transylvania University in Lexington, KY, One person exhibit at Texas A&M University in Corpus Christie, TX. His work is in numerous university and private collections, including the University of Texas at San Antonio and the University of Central Oklahoma.