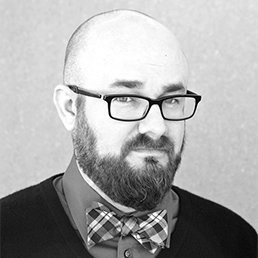 Over his career, Joshua has had the opportunity to work as a Designer and Art Director at a variety of creative companies including ad agencies, design boutiques, and in-house design departments. During that time he has created concepts for regional, national and international clients including Dallas Center for Performing Arts, Niven Morgan, Champion Athletic, Orrefors/Kosta Boda, BMW and Fossil to name just a few.

Mr. Ege has been active in the Dallas design community through the Dallas Society of Visual Communications (DSVC) for over 12 years and has spent the past 10 years on their board of directors. While on the board he has served as Chairman of the 3rd National Student Show & Conference, Public Relations, Editorial Content, Student Outreach and President (2009-2010).

Josh is sought after as a speaker on concept development and creative environments at the design and advertising clubs, universities and design conferences.

His work has been recognized by DSVC, GD USA Magazine, Art Directors Club of Houston, Print Magazine, How Magazine, Logo Lounge, Communication Arts and Harper Collins among others.