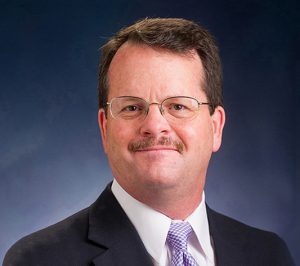 DAVID SCOTT is Head of the Department of Music and Professor of Music at Texas A&M University-Commerce. His on-campus duties include teaching courses in Music Education and providing administrative leadership for a growing and vibrant academic unit. Additionally, he is an active speaker, clinician and guest conductor throughout the Southwestern United States.

Prior to his appointment at TAMUC, Dr. Scott was Head of the Department of Art and Music and Professor of Music at Angelo State University in San Angelo, TX.  Joining the Angelo State faculty as Director of Bands in 1998, he led members of the ASU Band program in over 350 performances and premiered several new works for winds.

Additionally, Dr. Scott has served as Director of Bands, Chair of the Woodwind, Brass and Percussion Division and Associate Professor of Music at the University of Wisconsin-Superior, and as Graduate Assistant Director of The Ohio State University Marching Band. Born and raised in Tucson, Arizona, he received Bachelor’s degrees in Music Education and Euphonium Performance from Baylor University, and the Master’s degree in Instrumental Conducting and the Ph.D. in Music Education from The Ohio State University.

Dr. Scott has articles published in a variety of journals, including the Journal of Research in Music Education, Music Educators Journal, and Bandworld Magazine. His students currently hold music teaching and performing positions in high schools, colleges, and professional organizations throughout the United States. He has performed with orchestras, wind ensembles and brass bands across the country and has given numerous chamber and solo performances on both euphonium and trombone throughout his career.

Before his college teaching, Dr. Scott conducted bands and taught music theory at J. Frank Dobie High School in Houston, TX, where his ensembles won numerous awards at state and national festivals. He was named an Outstanding Young Man in America in 1988 and has been listed in Who’s Who in the Midwest and Who’s Who Among America’s Teachers. He is supported in his efforts by his wife, Debra, and their daughter, Lori.