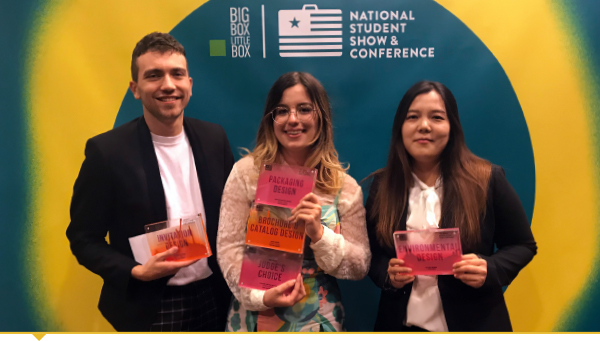 In addition to the winners, nine other Lion’s projects were accepted into the show.

The National Student Show & Conference (NSSC) is a professionally judged creative competition and three-day conference built for students and their educators. The show is presented each year by the Dallas Society of Visual Communications (DSVC) and the Dallas Society of Visual Communications Foundation. Each year, 5 nationally recognized judges award $20,000+ in scholarships and awards to students from all over the United States.

Communication Arts magazine is the leading trade journal for visual communications, and the largest creative magazine in the world. The unique combination of respected juried Annuals in design, advertising, illustration, photography, interactive media and typography; in-depth profiles on designers, photographers, illustrators, design and advertising firms; and numerous informative columns printed with the highest standard of quality makes the magazine the premier publication to cover all aspects of visual communications.

Seen above: VisCom Students accepting their awards on stage at the 57th Annual Dallas American
Advertising Awards on March 7th at the Bomb Factory in Dallas.

The 100 Best of 2018 book and show is selected from all published work in the magazine throughout the year. The judges select the top 25 pieces from 4 categories Fine Art, Photography, Illustration and Graphic Design. 100 Best winners were exhibited at a the YUI Gallery on the Lower East Side of Manhattan on February 22, with an artist reception. All A&M student work was selected from the Graphic Design category.

Creative Quarterly is an art publication open to all art directors, designers, illustrators,
photographers and fine artists in all countries.

Established in 1905, the American Advertising Federation (AAF) is the only organization that includes members across all disciplines and career levels in advertising.

When asked about the event, Weinstein had this to say: “The experience was so surreal. Everyone who was there was the best of the best so no matter who you talked to it was someone leading the entire industry. Having my work being displayed next to advertising that I’ve seen during the Super Bowl or in magazines was such an amazing honor on its own”. VisCom senior earns gold medal among best student work in the nation from the American Advertising Federation. After winning Best of Show at the local and regional competitions, Cooper Weinstein’s (BFA ‘18) Hotter N Hell poster received a gold medal at this summer’s national American Advertising Awards in New Orleans, LA. Visual Communication growth is strong in Dallas! 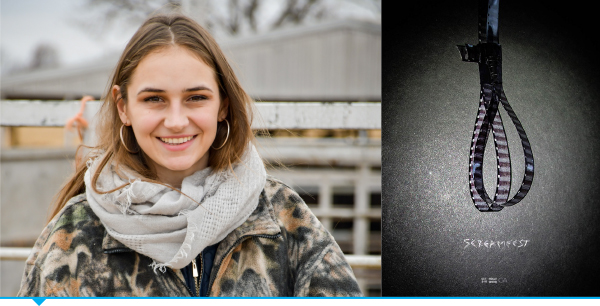 Seen above: Nicole Glenn (BFA ‘20) and her award winning Poster for Screamfest

Of almost 1,200 entries from universities all over the world, 29 projects from 17 A&M-Commerce students were recognized.

Honors student Nicole Glenn’s poster for Screamfest, was awarded the University’s first Platinum award in the Graphis 2019 New Talent Annual. The poster was designed at the Dallas location in her Design Communications II class during the Fall of 2018. Only 21 of the approximately 1,180 entries earned the coveted Platinum award.

When asked about the student’s success, Assistant Professor Josh Ege said “We are proud of Nicole and all the VisCom Students that were recognized this year. They never shy away from the hard work required to produce engaging work that continues to get noticed by industry leaders.” 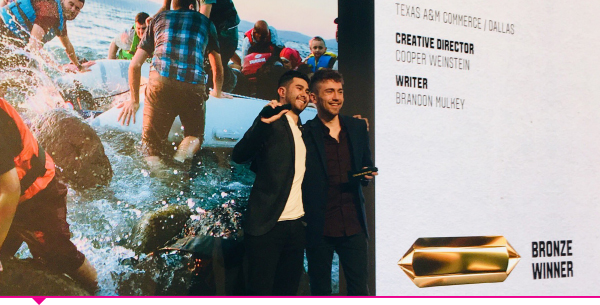 Students seen above at the Young Ones award show in New York, Left to Right: Cooper Weinstein (BFA ‘18) and Brandon Mulkey (BFA ‘19)

Since our last announcement of VisCom success, the program has been recognized in several national and international design and art direction competitions.

For more than thirty years, The One Club for Creativity has been and continues to be passionate about encouraging students and young professionals to showcase their creativity. On May 7th, The One Show Education Festival culminated with the Young Ones Student Awards Ceremony in New York. The organization recognized two A&M-Commerce art direction teams including 1 of only 2 awards given for their Design Brief Competition. That Bronze Pencil was won by Cooper Weinstein (BFA ‘18) and Brandon Mulkey (BFA ‘19) for their #Empathy Campaign. The creative team made up of Ericka Lindsey (BFA ‘18), Christa Griffith (BFA ‘18), Aerielle Karpinsky (BFA ‘18) and Cooper Weinstein also recieved a Merit consideration for their Opioid Awareness & Prevention animation. entitled Game Over.

The One Show Recognized work can be seen here.

Through the Adobe Achievement Awards, Indigo Awards, Creative Quarterly 52 and Communication Arts Design Annual our students continue to stack up the recognition. 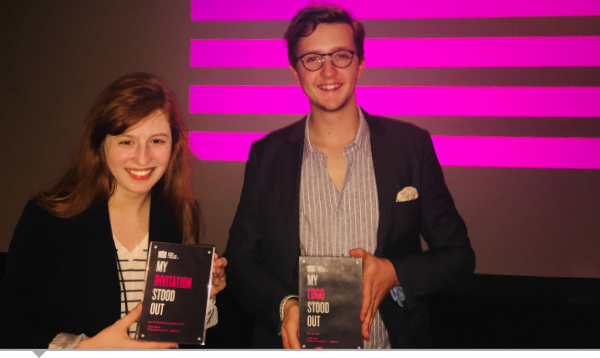 On April 10-12th, The Dallas Society of Visual Communications held the 14th National Student Show & Conference at the DoubleTree by Hilton–Campbell Centre. Each year, the 3 day conference closes with an awards gala where the results of the juried show are announced. This year, A&M Commerce VisCom students saw 15 pieces accepted into the show including 3 Best of Category winners.